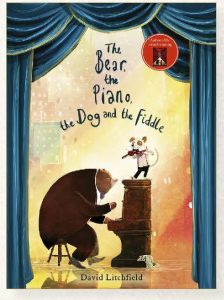 Story Books: One of the most eagerly awaited picture books of the year is out in September 18, David Litchfield’s magnificent sequel: The Bear, The Piano, The Dog and the Fiddle.

David’s first book, The Bear and the Piano, stunned audiences the world over. It won the Waterstones Children’s Book Prize (Illustrated Book Category) and is a best-seller in the UK and US, as well as having sold in over 20 languages to date.

The Bear, The Piano, The Dog and the Fiddle captures all the warmth and charm of the original with show stopping cityscapes and heartfelt emotion. Set in vibrant New Orleans with a colourful new cast of animal musicians (as well as a familiar bear…) this gorgeous picture book delivers a moving message on the true power of music and friendship. 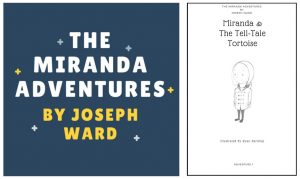 Home Shop Miranda & The Tell-Tale Tortoise This is the first book in The Miranda Adventures. Miranda meets a tortoise called Horace who invites her to a party on the last day of her summer holidays.

Joseph Ward: “My goal, right from the very outset, was to write a series that would send the imaginations of children and their parents to places they didn’t even know existed!” admits the author. “Every story is packed with morals, strong role models and they certainly buck the trend of most new kid’s books hitting the market today. They hark back to a more traditional, bygone era of storytelling. Miranda has many stories in the works and guarantees more adventures for her new friends. I think she’s a refreshing new character for children to enjoy and look up to in today’s world – and I plan to stay true to my mandate to make these stories that the entire family can enjoy.”

With volume one of these story books already proving extremely popular, interested parents are urged to secure their copies without delay.

‘Miranda & the Tell-Tale Tortoise’ is available now, exclusively from the series’ website: 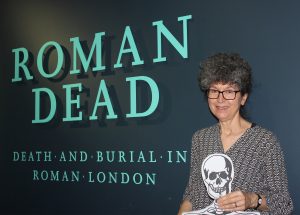 Acclaimed author of the Roman Mysteries children’s story books, Caroline Lawrence, will launch a month of Roman-themed activities at the Museum of London Docklands in August.

Lawrence, whose novels have sold over 1 million copies in the UK alone, will be giving a sneak preview of her work, “The Girl with the Ivory Knife”, the first in a new series of stories commissioned by Piccadilly Press, an imprint of Bonnier Zaffre.

The novel centres on the hunt for “the Lant Street teenager”, the skeleton of a 14-year-old girl in the Museum of London’s Centre for Human Bioarchaeology. Analysis of bones and teeth tell us that she was of European ancestry with blue eyes, but grew up in the southern Mediterranean, possibly North Africa. The Lant Street teenager came to Roman London aged nine and mysteriously died five years later.  Her exotic grave goods include a knife with an ivory handle in the shape of a leopard. The knife and other objects buried with her are on display in Roman Dead, the latest major exhibition at the Museum of London Docklands.

Museum visitors will be able to hear an exclusive reading from the new book, set to be published in April 2019. They will also have a chance to purchase a signed copy of one of Caroline’s published books.

Caroline Lawrence, author of the new ‘Roman Quests’ series set in Roman Britain, said: “’The Girl with the Ivory Knife’ will be my first time travel book and I can’t wait to see what visitors to the Museum of London Docklands will think of it. Learning about ancient bones from Dr Rebecca Redfern has taught me so much about Roman London.” 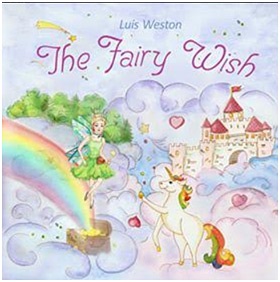 Luis Weston has built a solid hallmark for unique children’s fiction that compels young readers to think outside of the box. In his new story book, adventure and interactivity is taken to a whole new level…
‘The Fairy Wish’ was written to get children away from their devices this summer, and out into the world around them. Following the book’s spellbinding story, youngsters are then encouraged to find clues, paint a rock and enter it into an exciting contest.

The story is about a young girl called Connie, who has one wish – to become a real life fairy! Does her wish come true, or was it just a dream? Hidden within the book are special rocks with clues on, be part of something big and take part in this rock painting challenge to be in with a chance to win a real treasure chest!

“Like my last release, this is a children’s rhyming picture book, but it goes far and beyond a simple story,” explains the author. “Capitalizing on the current craze of rock painting, children will collect clues throughout the book and then their parents can enter a code on my website and get instructions for joining a secret rock painting group. There’s nothing else like this out there.There’s a contest linked to this project, that will see a lucky winner win a real treasure chest full of chocolate! Above all, the goal is to get children away from their iPads and televisions this summer and out into the world to complete a fun, traditional craft project that will use their creative prowess. Hopefully it also relieves parents of some of the stress of figuring out how to keep their kids busy!” 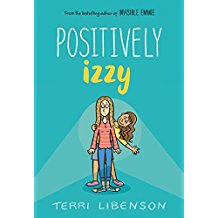 Terri Libenson is well known cartoonist. The story book is out now

Middle school is all about lables. Izzy is a dreamer and nothing she likes more than acting in skits and making funny stories, but as a result can never quite focus enough to get her schoolwork done.

Bri is the brain. She is proud of her excellent grades but wishes others would see her as more than a perfect reprt card. Her mum bugs her to break out of her shell and join drama club.

The girls’ lives collide on the day of the school talent show, and proves once and for all that the only label needed is “be yourself”.

Little Learners Series of Books for Babies and Toddlers