A headline in the Guardian in September said: ‘Jamie Oliver is right: people with dyslexia really do look at things differently.’  Let’s hope Jamie’s upbeat approach heralds a more positive attitude to dyslexia. 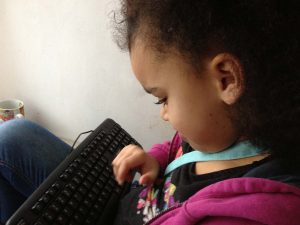 All too often, we focus on dealing with the problems that dyslexia can cause. Poor spelling, illegible handwriting, below average reading skills, being disorganised, problems with left / right and following sequences and directions.

However, when GCHQ sets out to recruit 100 dyslexic spies because of their superior skills to spot patterns and anomalies, dyslexia stops being a disability and becomes a rare talent.

As Professor John Stein, Fellow of Magdalen College, Oxford points out: ‘It is very clear that dyslexics excel at certain occupations there are more artists with dyslexia than you would expect, more architects, more entrepreneurs and more engineers.’

Unfortunately, the current education and examination system do no favours to children with dyslexia. GCSEs are usually handwritten and the KS2 SATs test spelling, punctuation and grammar, almost replicating a 1950s curriculum. It was a relevant approach in those days when businesses and industry was still largely reliant on hand written communication.

The children who took SATs this summer will grow up in a multimedia digital world. Communication is digital and companies will be looking to recruit young people with skills in video, programming and animation.

Young people with dyslexia are often ‘big picture’ 3D thinkers. Inventors and creatives such as Cath Kidston and Stephen Spielberg or celebrity chefs including Marco Pierre White and Rick Stein – with skills much in demand in the modern world.

Jamie Olive’s article in the Guardian said: “I genuinely think that when someone says to you, ‘Johnny’s got dyslexia’, you should get down on your knees, shake the child’s hand and say: ‘Well done, you lucky, lucky boy’.”

Let’s hope others follow his lead and see dyslexia as a benefit and not as a curse.

Sal McKeown has just published a series of e-books, available on Amazon, called The Family Guide to Dyslexia. All are priced at £3.99.

Encouraging Learning in Children with Dyslexia

Working with a private tutor to support your child with dyslexia