Plaster Diversity
4 Fun Things to do in Brighton With Kids

One of the universally considered telltale signs of pregnancy would be missing your periods. However, it isn’t that big of a reliable indicator as people claim it to be. There are plenty of factors that affect regular menstrual cycles and can postpone your periods. 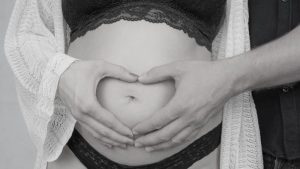 For example, did you know that most women think their periods are late because they have not been tracking them properly? Other factors that contribute to a missed (or late) period include rigorous exercise, stress, falling ill, and so on.

Also, women with PCOS suffer from irregular menstrual cycles. For them, missing their periods is by no means a reliable indicator of pregnancy. With that being said, we have put together a list of the 10 early signs of pregnancy.

So without further ado, let’s get started:

Around two weeks after conception, many (not all) pregnant women experience a trace amount of vaginal bleeding or spotting. The blood can either be pink or brown in colour. It is likely that you will experience mild cramping as well.

This might lead you to think that your periods are coming, but there is a likelihood that it’s implantation bleeding. This is generally lighter than menstrual bleeding and lasts much shorter. It happens when the fertilized egg gets attached to the uterus wall.

This is something most women face during the early stages of pregnancy. Around two weeks after conception, there is a spike in the hormones – progesterone and estrogen. This increases blood flow to the breasts making them feel fuller and the nipples become more sensitive. The skin around the nipples, also known as the areolas, might also get bigger and darker in color.

The feeling can be somewhat uncomfortable, so many women are recommended to wear a special supportive sports bra when sleeping at night. 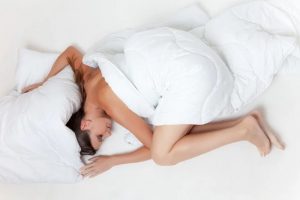 Extreme fatigue is another one of the common symptoms women experience during their first trimester, as well as the last few weeks before delivery. Many women report feeling sluggish and sleepy throughout the day.

This is most likely caused by the sudden spike in hormone levels during conception, especially progesterone. The blood volume increases to supply nutrients to the fetus and develop the placenta. This causes the women’s heart to work harder resulting in constant tiredness. 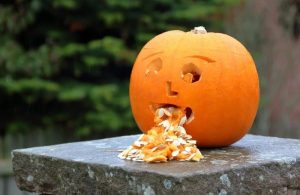 Often people like to associate morning sickness as one of the early signs of pregnancy. However, a nauseating feeling accompanied with vomiting can strike almost any time of the day and isn’t specific to the morning, or after waking up.

In fact, around 70 to 85 percent of pregnant women have reported nausea during the early stages of pregnancy, particularly during the sixth to the twelfth week of pregnancy. The symptoms are likely due to the hormonal changes and can be addressed by eating small and frequent meals composed of bland non-spicy food. 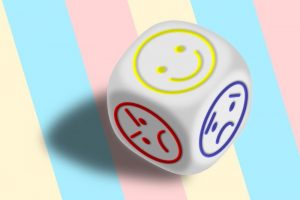 The hormonal changes that happen during pregnancy can affect both the body and the mind. Some women report feeling more irritable and angry, while others get a bit weepier and down the weather.

However, this isn’t entirely because of the hormones, and general factors like financial concerns and all the emotional changes that taking place in life, can all have an effect.

6.    Changes In Bowel Movements and Urination 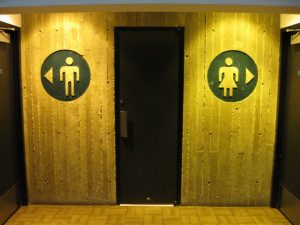 Around about six weeks into the first trimester, you will start to pee more than usual. This is because your kidneys have to work overtime to excrete the extra fluids out of your body. Also, as the baby grows and puts pressure on your bladder, you will also feel an urgency to urinate more than often.

Also, the extra progesterone on your system can slow down digestion making you feel more constipated. This can be counteracted by being physically active and drinking lots of water. 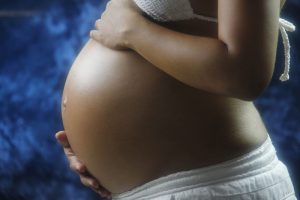 Although not apparently visible, the abdominal area is likely to get fuller and feel softer even during the early weeks of pregnancy. This can give you the appearance as well as a feeling that you’re bloated.

Many women report that their taste gets somewhat altered while they are pregnant. It is common to feel a metallic taste in your mouth, or a complete change in taste altogether. Some even report an increase in saliva.

So, if you have experienced some late-night craving for chocolate, or an unnatural urge to eat food that you generally don’t, then it might be an early indication of pregnancy. 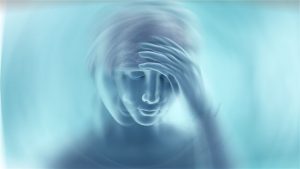 Your body is pumping extra blood and fluids to the fetus during your pregnancy. If you don’t adjust to this change by increasing your water intake and eating the proper food, you might experience a drop in blood sugar or even dehydration – both of which can make you feel dizzy and light-headed.

This is, however, easily resolved once you start yourself on a pregnancy diet.

Although mostly considered as a symptom of periods before menopause, hot flashes are also common during the early stages of pregnancy.

More than one-third of pregnant women reported they have experienced hot flashes and night sweats during the first few weeks of conception. This happens because the rise in progesterone levels leads to an increase in the basal body temperature and an increased metabolic rate.

As a result, you will experience hot flashes during the day, and night sweats during the night.

Now, every single woman might not experience all of these symptoms during the first few weeks of conception. Furthermore, the signs are likely to vary in intensity from women to women.

But with that being said, if you are currently trying to conceive and experience one of these early signs of pregnancy, then it is recommended that you try a pregnancy test or visit your general doctor. Who knows, you just might get some good news!

Maintaining energy levels after your pregnancy

Ensure your ready for the arrival of your royal baby