The O2: all under one world-famous roof
Why the Maldives is great for families

With the festival season in full swing, Priory addiction expert Dr Niall Campbell says parents need to know about the drugs their children might be exposed to – and the potentially lasting effects 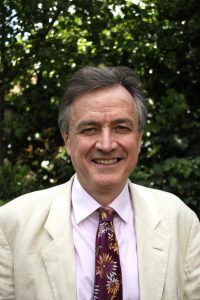 Parents need to ‘wise up’ about drugs to help protect their adult children – and to enable them to seek urgent help when things go wrong, says a leading UK addiction expert.

Dr Niall Campbell, consultant psychiatrist at the  in south-west London, says parents who can spot the signs of drug addiction early on – and who understand how their child might access drugs – play a pivotal role, and can step in early to help.

“Parents I meet often say they don’t know anything about drugs, but every parent needs to know what’s going on in their child’s world. Talk to your child, or at least try. Talk to other parents. The facts about drugs, and their effects, are all over reputable sites on the internet. It’s no good saying ‘I don’t know about that, it wasn’t like that back in my day’.”

He describes a common route into drug addiction and urges parents to learn more about the effect of drugs on a younger person.

“The earlier a young adult is treated for drug addiction, the better, because the effects on a developing brain can be devastating – including permanent psychosis.  And activities such as drug-taking and driving are an especially lethal combination.

“Drugs have a more drastic effect on children and teens than on adults because the brain continues to develop until about age 25. The parts of the brain in charge of co-ordination, emotion and motivation develop much more quickly than the parts that control reasoning and impulse.”

A common pathway into illegal drug use

Dr Campbell said: “Some children start at 12, 13 or 14 having alcohol, then smoking cigarettes and weed, and then they start going out with friends and go to clubs and start doing MD (ecstasy).  By 17 or 18, in clubs, they start to do cocaine and/or ketamine and usually all together – drink at home, weed, maybe coke and then they get ketamine off a dealer and then have a ‘come down’ and take Benzos (Benzodiazepines are a type of medication commonly known as tranquilizers like Valium and Xanax). This is usually by 18 or 19 – alcohol, marijuana, cocaine, ketamine, and then Benzos. That’s five drugs. Particularly for developing brains, you don’t know what that’s doing to the brain.”

“All sorts of personalities take drugs,” Dr Campbell said. “Not everyone gets addicted, and they say people who are very anxious take downers and those who want excitement may take stimulants. I am not sure that’s the case.

“There’s a certain kind of personality who can’t get enough, however. I speak to people in their 30s and 40s and they look back and say ‘yes I remember at school I was drinking secretly, and at university I was definitely drinking more, and more secretly, and using more drugs than friends were’ and then that carries on in their adult life.

“How do you put young people off? Does a policeman come round and do a drugs lecture? I am not sure what effect that has. Do you have a strict school ‘no drugs’ policy? Yes absolutely. There is also an educational role for schools but you need the right sort of counsellor talking about the consequences – what happens to your brain physiologically and all the adverse consequences of using drugs; how it affects your physical health, mental health, your academic health, your financial health, your achievements – we look at all these things at the Priory, and it’s important to understand these consequences.

“Drugs are not expensive; cocaine is a bit expensive but marijuana – it’s everywhere.”

The lowdown on drugs

The most commonly tried illegal drug by far is cannabis. This is followed by cocaine and ecstasy. Statistics from the Home Office Crime Survey for England and Wales 2017/18 suggest that:

How to find out if your child is using drugs

“Has your teenager lost interest in studying, sleeping, self-care? Are they sullen, withdrawn, and unusually tired and slack-eyed for the hour of night? Look out for what you think is not normal behaviour. Are they eating less, losing all interest in a sport they loved? Keep an eye out for deceit or secretiveness. Are their weekend plans starting to sound odd? Are they always being vague about where they’re going?”

Dr Campbell said he had seen a long line of people mentally scarred by drug use. Sometimes the effects can be temporary, but no less scary. One teenager that Dr Campbell saw had become so freaked out by a recurring image of Edvard Munch’s The Scream (after nibbling on magic mushroom root) that every time he closed his eyes he suffered post-traumatic stress disorder. The boy nearly had to defer his university degree as a result, but the visions eventually stopped. Hauntingly for others, these effects can be, as Dr Campbell says, “switched on” for good.

Drug users, even if they might have a bad trip or suffer from short-term psychiatric effects, do not always suffer chronic mental illness from taking drugs. However, addiction – a diagnosed form of mental illness – can often be the precursor to further psychiatric problems.

“I see an increasing number of patients, often only 18, who are not only addicted to street drugs but have developed significant depressive and anxiety disorders. Distressing panic attacks from stimulants and hallucinogens – synthetic or mushroom-based – are on the increase,” Dr Campbell said.

NHS Digital data has shown that in England between 2017-18 there were 14,470 admissions where patients were experiencing mental and behavioural disorders due to use of cocaine. The number was up year-on-year, substantially higher than the 5,148 between 2007-08. The figures did not distinguish between powdered cocaine and crack cocaine

“And marijuana is continually being redeveloped to be stronger, and hence more dangerous. So the problem is worsening. Street drug users will almost always know someone in their peer group who has developed a significant mental health problem.”

Dr Campbell said the first step for parents was to try and spot the signs of addiction in a teenager and then to access help. Parents can offer assistance and support only to the degree that they are financially able and that will move their child towards a better life. “Don’t give money that you know will take them further down the road of bad behaviour, but emphasise you are there to help wherever you can.”