Beyond the rankings: how to find the best international school for your child
Horniman Museum

STEINBERG RALLIES SCHOOLS TO HELP BRING MUSIC BACK INTO EDUCATION 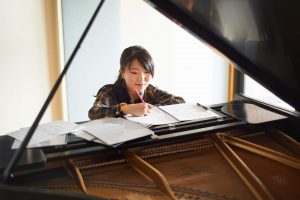 SCHOOLS across the country could be in with a chance of securing free music scoring software courtesy of leading technology provider Steinberg.

Around 100 schools nationwide will be gifted copies of Dorico Elements, the music notation software that helps students write, print and play back to a high professional standard.

In exchange, Steinberg is asking teachers and students to produce a short piece using the software, which will be compiled by experts to create the most collaborative piece of music of all time. The piece will then be performed at a special concert later in the year.

The initiative forms part of a wider campaign #ComposeWithDorico by Steinberg to bring music back to the forefront of education.

Daniel Spreadbury, Steinberg spokesperson, said: “There’s a lot to gain and not just the enjoyment listening and playing brings. In fact, it’s proven that music can also help with improvements in language abilities and self-confidence, as well as increasing concentration and empathy.

“Despite all of this, music education is struggling. Lack of funding, Governmental changes to the education system and a range of other factors has meant that it is no longer seen as a priority, particularly when pitted against more traditional, core subjects.

“We want to change that. That’s why we’re taking this decisive step to help bring music back into education with this campaign.”

According to research produced by Sussex University’s School of Education and Social Work, unless concerted action is taken, music education in secondary schools ‘could face extinction’. The report also outlines how staff at about 60% of the state schools specifically mentioned the EBacc as causing a negative effect on the provision and uptake of music at their school, while only 3% believed it had benefitted the subject.

Critics have also claimed that this increase in uptake of the EBacc has come at the expense of the arts, with just 47.9% of pupils being entered for at least one arts subject in 2016, down from 49.6% the previous year.

This comes at a time when data released by the Government highlights how the creative industries are contributing in the region of £92billion to the economy. It is also a sector that continues to grow at twice the rate of the economy as a whole.

Daniel Spreadbury added: “Dorico is committed to supporting musicians at every level and we hope this campaign will not only spark the imagination, but get people making music together.”

To find out more about Dorico Elements visit: www.dorico.com

Dorico Elements is the new entry-level member of the Dorico product family. Boasting many of the powerful and time-saving features of Dorico Pro, Dorico Elements is the perfect starting point for composers, arrangers, and students. With a simple user interface that is quick to master, Dorico Elements provides fluid input and editing, beautiful graphical notation, and great-sounding playback, delivering results that maintain the overall standard for which Dorico is renowned.

Dorico Elements is ideal for home use or use by students in secondary education.

Allowing the creation of publication-quality music for ensembles of up to 12 players, with the same automatic layout and engraving of Dorico Pro, Dorico Elements is the ideal choice for musicians starting out in composition and arranging.

Hands on Learning in Schools, Why is it Important?