Guinness World Records (GWR), the global authority on record-breaking achievements, can reveal the record-holding stars of GUINNESS WORLD RECORDS 2019 (GWR2019), this is a gift that families love. Have you ever wondered what would motivate a pensioner to take up the flying trapeze? Or how a rescue dog can learn to jump almost two metres high? This year, these inspirational stories are told in the record holder’s own words, as their Big Dreams landed them a coveted spot in the Big Book. This study record-breaking annual is back with thousands of new stats and facts and dazzling new features.

Amongst the record-breaking superstars revealed are: 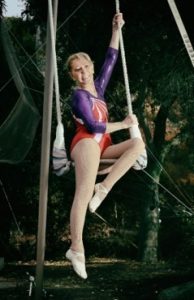 Betty Goedhart, now 85, from California, USA, has flown her way into the record books with the Oldest performing flying trapeze artist (female) title – an amazing example of not letting your age get in the way of accomplishing your dreams. From a young age, Betty has always believed that she could accomplish anything with hard work and determination – which is why she began trapeze classes at the age of 78.

Tom Bagnall 26, from Staffordshire, UK, is the proud owner of the world’s fastest jet-propelled go-kart. This project took Tom 12 months to complete but his love of speed began at a young age and, in his own words, became an addiction. He had taken an interest in engineering and tinkering away with mechanics in his workshop late into the night. Tom’s mantra is to take the slow and mundane, and supercharge them to achieve the fastest speeds possible, and with his jet-propelled go-kart, he has made a record-breaking start.

BARRY JOHN CROWE – Most sausages produced in one minute – 78 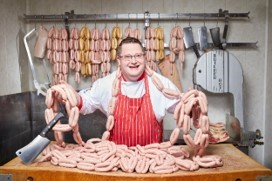 Butcher, Barry John Crowe 28, from Cavern, Ireland, currently holds the record for the Most sausages produced in a minute. At just 10 years old, Barry began helping his parents in the family’s butchers shop and has been perfecting his sausage-making skills ever since. Barry now runs the family business and dreams that he’ll make his parents proud. He credits his parents for instilling the confidence that remains with him today – allowing him to create an impressive range of 36 different sausage types, even including some of the chocolate chip and honey comb variety. 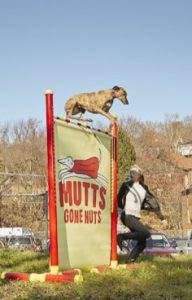 Feather’s talents became apparent when her owner, Samantha Valle (31) from Maryland, US, saw her jump so high that she hit their basement ceiling! Samantha began training Feather to jump over hurdles and within no time at all, a 150cm jump was effortless. Feather was adopted from a rescue centre and Samantha takes great pride in seeing the promise in animals that others have left behind and trying to bring out the best in them, “Sometimes it takes a certain person to come along and see the potential in a dog to make them even greater” she says.

Geronimo was also rescued and rehomed by Samantha. A female Border Collie and Kelpie cross, Geronimo is the owner of a big personality and a GWR title for the Most double dutch-style skips by a dog in one minute. After six weeks, Samantha had an idea to add a skipping rope into the mix when Geronimo was proving difficult to train – it soon became clear that Geronimo was a complete natural.

Artist, Betsy, 31 from Wiltshire, UK has created the incredible 4m long knitting needles. Surprisingly, Betsy isn’t an avid knitter but created the needles as part of an art exhibition. As part of fulfilling a long-held dream of returning to education to study art, Betsy wanted to attract attention to her exhibitions and set her sights on the Largest knitting needles GWR title to do so. By showcasing exactly what art students can accomplish, she was immensely proud to achieve her record and spark lots of conversation amongst her peers, she says “Everybody has potential if you just keep striving and pushing forward. Give it a go, what’s the worst that can happen?” 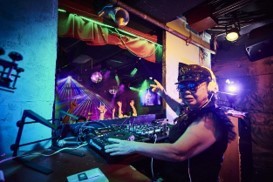 A restaurant owner and cook by day, by night, Sumiko Iwamura (83 from Tokyo, Japan) transforms into rock-star DJ Sumirock. After her shift at the restaurant, Sumiko makes her way to Decabar Z for her DJ slot, but she’s having too much fun to be tired, “doing something totally different is energising” she says. Sumiko never imagined becoming a DJ at this age, but since Sumirock’s debut she hasn’t looked back, she says “try something and don’t give up… there are opportunities lying around every corner”.

Matt Denton, 45, from Winchester, UK, is an Animatronic Control System Specialist and holds the GWR title for the Largest rideable hexapod robot. Matt’s love of animatronics and engineering began at a very young age, when he received his very first LEGO technic kit and was cemented after a trip to the cinema to see Star Wars: The Empire Strikes Back when he was eight years old. Matt’s spent his younger years fascinated with walking machines like the AT-AT’s and fulfilled a childhood dream when he had the chance to work on Star Wars: The Force Awakens to create the fan-favourite, BB-8.

Other record-breakers revealed today include:

Plus, this year we celebrate the incredible “Maker” movement with a special feature devoted to the inventors, dreamers, crafters and creators who devote their lives to amazing record-breaking projects such as the Largest water pistol, an elephant-sized hamburger and enormous sculptures made of toothpicks. Further chapters include Universe, Planet earth, Science, Social media, Music, Film, Sports and ‘Do try this at home’ as well as the latest record holders in classic GWR categories including Human Body, awesome Big Stuff and Collections.