This October, Animal: Exploring the Zoological World, a new book from Phaidon, will chronicle the captivating visual history of humankind’s fascination with animals. Highlighting the extraordinary diversity of life on earth, Animal will combine manuscripts, paintings, prints and illustrations with photographs and digital renderings to bring the zoological world vividly to life. 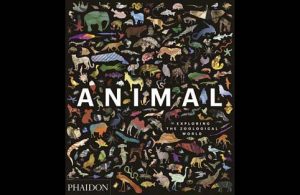 The 300+ image, visually-stunning book will bring together the finest and most significant work produced by artists, photographers, scientists and zoologists. James Hanken, the Alexander Agassiz Professor of Zoology at Harvard University and director of the Museum of Comparative Zoology, has written the introduction and the entries have been selected by an international panel of zoologists, curators, academics and specialists.

Animal will present the best scientific, artistic, political and documentary records of animals, real and mythic. It will span history, from the Lion Man of Hohlenstein-Stadel – the oldest known zoomorphic sculpture – to present day discoveries of new species. Animal will capture the birth of natural history, the developments in wildlife photography, and in an age of prolific discovery and when we are considering the planet and our impact on it more and more, this timely book will examine historic and modern day extinction along with conservation, pollution and environmental issues.

Arranged in a uniquely-structured and thought-provoking sequence, this engaging compilation includes unique pairings: Eadward Muybridge’s famous photographic experiment on the horse in motion from 1878 is paired with a 3-D rendering of a guinea fowl’s tracks made using XROMM

technology, a pioneering technique that helps scientists study the way dinosaurs moved; character sketches from Disney’s The Jungle Book (1967) are paired with Henri Rousseau’s Surprised! (1891). Artist J.M.W. Turner’s sleeping cat and David Hockney’s daschund Boodgie make an appearance too. Animal will include animals and artworks from across the globe, including works from c750AD China and pre-historic North Africa.

Animal will also showcase the work of lesser-known female zoologists alongside some of history’s most renowned artists including Vincent van Gogh, Lucian Freud and Louise Bourgeois; and will place wildlife photographers’ most animated images alongside natural history drawings by 19th century explorers as well as four new works that have been created for the book including a 3-D rendering of the Natural History Museum’s Stegasaurus ‘Sophie’.

James Hanken is Alexander Agassiz Professor of Zoology and Professor of Biology at Harvard University. He is also the director of the Museum of Comparative Zoology and curator of herpetology.