Are your baby’s cries persistent and left unexplained?
“Make Your Bed Day” 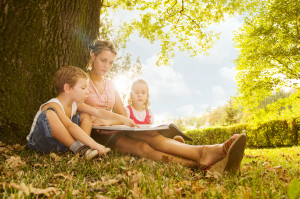 With 93 per cent of the population owning a mobile phone, and the surge in smartphone usage meaning parents are never out of touch, parents are becoming increasingly reliant on their mobiles to help them keep on top of the daily dramas that make up parent life. Already with multiple things on their mind at any given time, a helping hand (even from a phone) can only be appreciated. However many websites are still not optimised for the mobile data age, which can be frustrating for parents trying to keep on top of things on the go. We speak to Geoff Jones, Marketing Director of ParentMail, on how the way we use our mobile phones and smart devices has changed the way we practice parenting…

Just like in January, with the start of the new school year comes a lot of new resolutions for parents. Things like, “reading all messages from school and responding without having to be chased”, or “making sure I attend parents’ evening”, and “remembering to pay for trips and school lunches on time”. As a parent myself, I know that back-to-school time means trying to juggle hundreds of things at once, both at home, school and at work. It’s anything but easy.

However at my work, we’re constantly working with schools and parents to establish what it is that can be done to make the bridge between home and school as seamless as possible, both for the parents and children. Research has shown, and our own experience has told us, that with the rise of smartphone technology, parents are becoming increasingly reliant on their mobiles as the primary means of communicating with schools – and the majority of that communication is being conducted online.

With this in mind, it has become more important than ever for parents to be able to use their phones as quickly and easily as possible in order to ensure a continuous and open dialogue with the school. This is why ParentMail has just launched their new user friendly mobile interface, in order to stop parents getting frustrated at having to navigate a website which can’t keep up with their own busy lives.

Over recent years, the way people use their mobiles has undergone a radical transformation. In the 1980s, to own a mobile cellular device was a symbol of prestige; usually reserved for businessmen with deep pockets and biceps that could handle carrying around a brick all day. These phones could simply make and accept calls. Merely three decades later, nearly all mobiles available on the market have internet access, Bluetooth, 3G, cameras and storage space – and these aren’t even necessarily classed as ‘smart’ phones. What we expect from our mobiles has changed, and will continue to keep changing, as will the way we communicate. Schools need to take this into account when trying to maintain an efficient, open dialogue with parents.

If one isn’t already in place, parents should ask for their child’s school to introduce a means of digital communication which harnesses the efficiency which can come with introducing technology into teaching and parenting. When over 90 per cent of the UK population using a mobile phone (according to data from Ofcom in 2014), mobiles should be the ‘go-to’ method for schools to reach parents, allowing them to be kept constantly in the loop with what is happening in their child’s education. Ultimately, better communication between the school and home equals a better education for the children, which is what everyone hopes for.

Posts related to Getting a helping hand…from your mobile