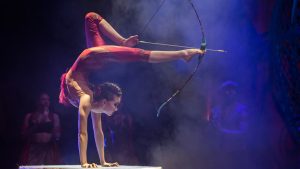 Celebrated theatre circus company Cirque Berserk, now in their fifth year, make their Theatre Royal Stratford East debut on the 3 and 4 April as part of an extensive UK tour.

Showcasing the finest in traditional circus thrills and skills, Cirque Berserk! celebrates the 250th anniversary of the invention of Circus by bringing this treasured form of live entertainment bang up-to-date in a jaw-dropping spectacular created especially for the theatre. 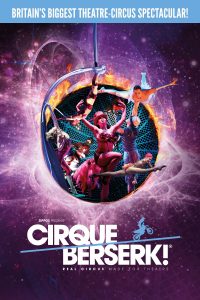 ‘Do you think dreams are wasted on people like us?’

It’s a hot and humid summer in 1958 St Anns, Nottingham. Tempers are flaring and Teddy Boys are on the march.

Jamaican couple Pearl and George are helping Caribbean migrants to cut loose by hosting a forbidden party at their Shebeen.

Pearl has dreams of opening a restaurant on the Wells Road. George, a retired boxer, has hung his dreams next to his gloves. A young interracial couple are falling in love and figuring out how to be together.

As tensions mount on a night filled with rum, calypso and dancing, and with the Shebeen under threat from the police, everyone is forced to confront the uncomfortable truths their relationships are built upon.

This world premiere by Nottingham writer, Mufaro Makubika, shines a light on a community under siege and the sacrifices made for love.

SEASON AT A GLANCE:

Milly and the Minotaur Queen