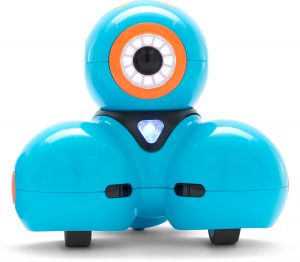 Science, technology, engineering and maths (STEM) have become the building blocks of the global education system. Schools – and governments – almost everywhere have recognised that these are the skills most needed in both the jobs market and at a societal level. As humanity has become more and more reliant upon technology, the products of these skills have become integrated into practically every part of our lives, used by all sectors of society. And yet the sectors themselves are still dominated by men. On paper, this seems a complete anomaly, when male and female students ostensibly receive an identical education. However, while there is little division between the sexes in these subjects at primary school, the question remains: why do so many girls lose interest in STEM at 11-13?

For decades now, this issue has been a theoretical concern. I remember conversations around ‘getting girls into science’ when I was at school myself. But the lack of progress in this area is borne out by taking a quick look at industry: currently in the UK, only around 10% of the engineering workforce is female. Similar figures can be found in technology, science and maths. So, what are the reasons behind these figures, and how can we set about changing them?

Working within the technology industry, seeing more and more male colleagues coming up through the ranks, I’ve given this matter a lot of thought. And most of the evidence appears to point towards perception. And it’s a perception that is self-propagating.

The overwhelming picture of the industries powered by STEM is of a dominantly male environment. And while girls perceive this to be the case, they will also perceive that it is an environment not welcoming to them. This leads on to the thought that perhaps the subjects aren’t a fit for them either, and so young minds which are perfectly suited to mathematical, scientific, technological or engineering careers, steer themselves towards subjects in the fields of humanities.

And this move isn’t just propagated by the student’s own perceptions, but in many cases – often inadvertently – by their parents and teachers. As a society, it can be incredibly difficult not to stereotype children. As parents we accidentally programme our children for their expected roles in later life. As teachers, we often sanction these stereotypes, and rather than tailoring lessons to appeal to both sexes and encouraging both boys and girls to build upon the STEM skills developed at primary level, we accept that STEM careers aren’t levelled at women anyway, so if interest wanes, bright girls can go and excel in other fields.

This continues the cycle, with children becoming parents who don’t understand the possibilities that STEM can open up to their children – only 44% of parents talk to their daughters about STEM as a career[1] at present. And children, who lack the support of society – 23% of girls currently believe that STEM are ‘male’ subjects[2] – feeling ‘the odd one out’ for being a girl who shines in science, are left to slowly lose interest in pursuit of other things.

This needs to change. And we can all do something about it. Scientific ability needs to be recognised early enough in both genders to foster a passion as they move through their academic careers. Girls need to be given confidence in both their abilities, and their ability to be accepted into the world of STEM, through hands-on activity, the provision of better role models and clarity about potential career options.

From medicine to mobile phones, STEM is powering the contemporary lifestyle, and there’s no indication that that is likely to change. What does need to change is the fact that 50% of the population is excluded from the careers STEM offers. Now, it’s time to do something about that.