During lockdown families have watched a variety of sources for screen entertainment. There has not been a lot new on terrestrial TV, but the online has been mined for series. These series are more for adults, but no harm if children are around.

These are interlinked series, that we believe started with Chicago Fire, and others have been spin-offs. 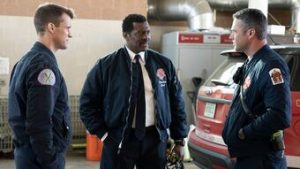 Chicago Fire www.nbc.com/chicago-fire has more humour than the others. The characters banter all the time, and one can appreciate the busy high adrenaline activity, alternated with downtime at work and days off, where firefighters have second careers.

Some of them have invested in a bar where sometimes the police or hospital staff also relax, but mainly the Fire Department and Ambulance people

The ambulance service is run out of Station 51 so obviously there is a tie-in with: 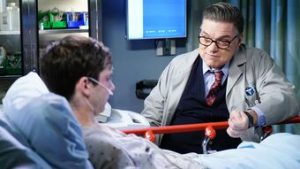 liaison, and hospital finance, plus the romances. The good old surgeons’ egos duelling about treatment, and medics making mistakes, or successful rare diagnosis, mirror other shows, but well done. There are also romances with fire fighters, and romance and relatives with police officers and a tie in with:

Chicago PD www.nbc.com/chicago-pd where the gritty sergeant of the Intelligence Squad, gets things done his way. At first we really disliked him. BUT, if we wanted somebody on our side, he would be the one. The Chicago politics, and deals on handshakes, plus 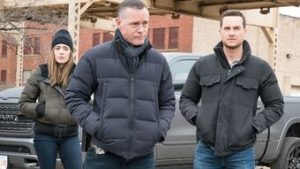 corruption all around, some for the purposes of good, perhaps does not show the City in good light. It is entertaining though.

All three have a soap-opera feel, and there are sometimes lingering looks that seem typical of US daytime soaps. The storylines have to be accepted as a cynic can blow holes through the logic. Some minor storylines just seem to get dropped without closure after a few episodes. Take it all as entertainment and relax, to just enjoy the occasional intermingling between the different shows of the storyline, and regularly characters showing up in each, Yes it’s all fun!

Having been to Chicago a few times, I found the city great. I think they shoot the series in winter as weather is shown as consistently poor, when I found it warm and not even windy! Didn’t hear any shots, car crashes, nor big fires. Only for the high action in these shows. The sets and stunt work are remarkable.

Little Learners Series of Books for Babies and Toddlers