A ranking of classic TV reboots released by online marketplace eBay.co.uk to mark the 50th anniversary of sci-fi series, Thunderbirds has revealed that Brits are more excited about the return of The X-Files. Despite the excitement around three new adventures for the International Rescue team of rocket-flying puppets to celebrate the milestone, it seems Mulder and Scully’s attempts to track down aliens are more popular when it comes to sales on eBay. 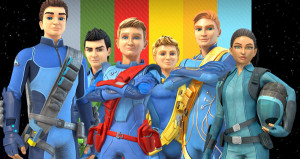 Over the past three months, the online marketplace has seen more than 200  pieces of X-Files related products sold every day on eBay –  nearly 10 per hour. There are more than 5000 live listings on the site including a signed photograph by creator Chris Carter and Gillian ‘Scully’ Anderson for nearly £200 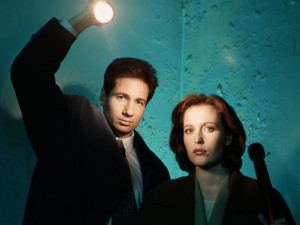 With excitement building over the milestone birthday, Thunderbirds comes in second on the ranking, selling more than 100 pieces of memorabilia per day. Animated children’s TV series The Clangers, which first aired in 1969, languishes in third place although fans can currently pick up a music box for £100 or a fridge magnet for £2 if they are feeling frugal

Roald Dahl’s Matilda is still top of the class