4th & 5th July 2014 Paul and Mel Bliss the organisers of Blissfields Festival for 14 years, while their two children (now late teens) have grown up. www.blissfields.co.uk 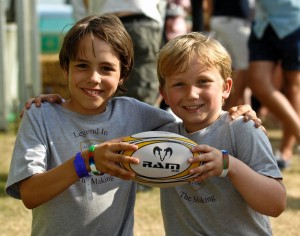 Legends Rugby is back this summer even bigger and better, with its South London festival, combining family fun with sport and music. Taking place at Wimbledon RFC on 12th July tickets are already selling fast at www.legendsrugby.co.uk 10% discount code off festival tickets with code LR2014PARENT

Some of the biggest names in world rugby will be competing in a fun, and no doubt competitive, day of rugby. As well as mini rugby for children, teams from over half of the top Premiership clubs including Leicester Tigers, Harlequins, Worcester, London Welsh, London Wasps  and Saracens have entered a tens tournament to reignite long standing rivalries. Off the pitch there’s a host of entertainment including DJ’s and a concert with covers band favourites Me and Mr Brown and mash-up masters JellyHammer. Tickets available from www.legendsrugby.co.uk £20 (adults)

The brand new five-day festival is aimed at young people who want to learn from their past and take control of their present and future. Sessions will be focused on mastering emotions, relationships, passions and ideas to be the best person they can be, ultimately allowing them to have purpose and contribute to society. The festival also includes a showcase music evening with Jermain Jackman and a host of other young starlets storming the stage.

Involvement with the Young Leaders Festival 2014, working with the Knowledge to Action Foundation, is to get the word out there about this event – which is just £72 to attend for five days. Hop Farm Kent. For further information go to www.ylf2014.com 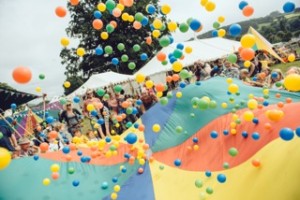 14th – 17th August – Glanusk Estate, Black Mountains, Wales Fun & Adventure for Kids & Teens as Green Man announces new areas Little Folk and Somewhere.  You can experience a festival adventure for all the family with our two action-packed areas for kids and teens.

Little Folk is a colourful haven for your tiny tots to 12 year-olds with madcap circus skills, a making things tent, fantastical fancy dress and musical storytelling. It is transformed into a magical wonderland where your small ones can make friends with the Mad Hatter and his chums. He won’t be hard to spot, he’s on stilts! www.greenman.net/tickets 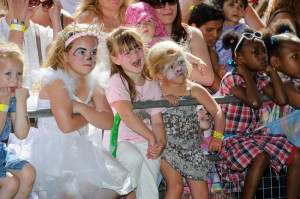 August 15-17 The UK’s biggest kids festival, taking place at Hatfield House, has added Lazy Town Live, Bear Grylls Survival Academy and other top names to its 2014 lineup. LolliBoppers are invited to join the hit television show Lazy Town Live on the main stage at this year’s festival.  Stephanie, the new girl in town, with the help of her back flipping super hero friend Sportacus, will teach festival goers how to get active, what is “sports candy”, where good energy comes from and most importantly how to become super heroes! This highly energetic mini show will have everyone jumping, dancing and singing along!

Calling all muggles and magical folk! Sign up to Harry’s Wizard School and take part in fun antics and enchanted activities…. Ever wondered which house you would belong to?  Well now you can find out with a visit to the sorting hat! Plus put your wizarding skills to the test with Bean Planting Workshops, Wand Making Workshops and Broomstick Training.  Expect one or two special guest appearances too!

Fri 22 to 24 Aug The festival arena will be on Park Plain, the parklands area in front of the house, backing onto the woodland.  For quieter camping use the area in the valley a short walk (about 10 minutes) from the woods. Riverside bar, campfire and catering as well as showers and all the usual campsite amenities.

Sorry, dogs will not be allowed into the festival campsites, arena or parking area, other than guide dogs. Galtres Parklands Festival Duncombe Park, Helmsley, York YO62 5EB www.galtresfestival.org.uk 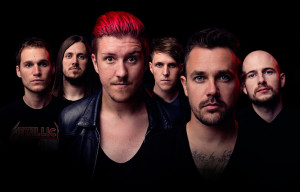 Sat 13 September The Blackout and Kids In Glass Houses to co-headline Butserfest Young people from East Hampshire and beyond are in for a treat.