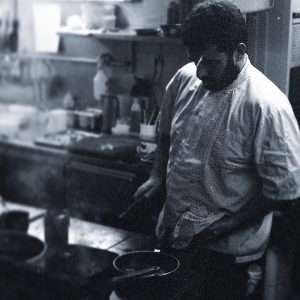 Theatre for families in Kew’s Temperate House this October

Saturday 20 to Sunday 28 October 2018 Meet Siyanda, who this October will be inviting visitors to join her mission protect the world’s plants. For just nine days, Kew is teaming up with award-winning theatre company, Theatre-Rites to bring the story of the magnificent Temperate House and its precious plants to life through a theatrical experience using live music, puppetry and performance. www.kew.org

Arundel Castle in West Sussex is set to close its 2018 open season with Norman Knights in the Keep on 24-25 October, a great way to entertain the children this half-term.

Visitors will be transported back to the start of the Cousins War, a turbulent and often forgotten era in the Middle Ages, with thrilling 12th century combat, replica weapons, costumes and craft displays. www.arundelcastle.org. 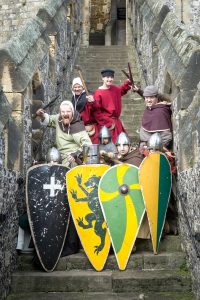 Saturday 20 October to Monday 5 November 2018  Shakespeare’s Schoolroom & Guildhall in Stratford-upon-Avon is inviting families to get back into the classroom this October half term for an array of fun activities that will bring to life the schooldays of the young bard and ignite in all a love for Shakespeare.www.shakespearesschoolroom.org 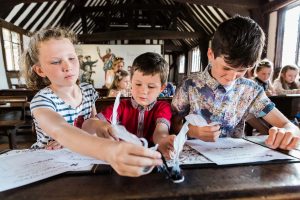 13 Oct – 3 Nov 2018 The award-winning Guildford Shakespeare Company (GSC) are all set to once again take over Guildford Town Centre with their immersive theatre adventure, 150 year after Lewis Carroll first arrived. A cast of 20 actors, including the vocal talents of GSC Honorary Patron Brian Blessed and Eagle Radio’s Peter Gordon, will bring to life the wonderful world of Wonderland this autumn, as St Mary’s Church, Guildford Museum and Guildford Castle are all transformed into sets for an interactive theatre production of Alice in Wonderland. https://www.guildford-shakespeare-company.co.uk/gsc-blog/ 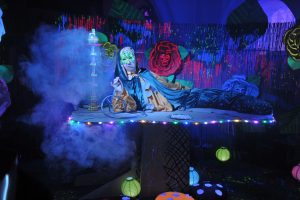 Unmissable Family Fun this Half Term at Liverpool Biennial

Enjoy discovering amazing art this October half term with Liverpool Biennial. Celebrating its 20th anniversary, the festival has taken over more than 20 galleries, buildings and outdoor spaces with free art exhibitions and events for families to explore until 28 October. Download our free Family Trail here. http://www.biennial.com/files/pdfs/7602/lb18-familytrail-a4-digital.pdf 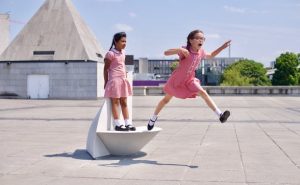 This October half term (25 -27th), Kingston First will host the second annual Kingston Children’s Literary Festival, in partnership with Waterstones, designed to entertain and inspire the growing imaginations of 3-11 year olds.

Kingston upon Thames will see the return of the three day reading and experiential event, which will take place at locations across the town centre.https://www.inkingston.co.uk/kidslitfest 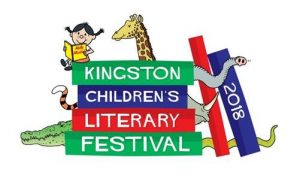 This hotel has been linked to some of literature’s most famous names.  In a new partnership with Daunt Books, the Regent Street hotel will be encouraging its younger guests to immerse themselves in a world of books, starting this October half-term.

Children’s Afternoon Tea with Daunt Books will be available from 22 October 2018. Book signing event with Emma Chichester Clark.  Emma, who is both an author and illustrator and is particularly known for her Blue Kangaroo and Melrose & Croc series of books, will be reading from Three Little Monkeys, which she illustrated for author Quentin Blake, as well as two of her Blue Kangaroo books. www.palm-court.co.uk 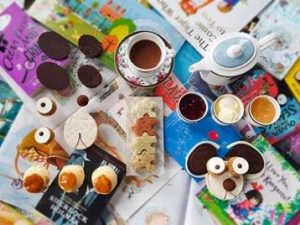 Suitable for ages 7+Premieres at Chichester Festival Theatre from 13 October – 3 November, directed by Dale Rooks. This inventive tale of fun, friendship and the importance of kindness, about a gang of children who each night escape from their hospital beds to make their dreams come true, is adapted from David Walliams’s biggest-selling children’s book of 2016. It’s recommended for everyone aged 7 and upwards. cft.org.uk 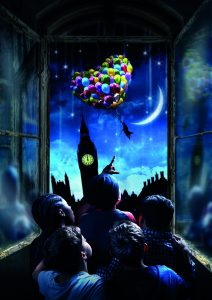 Minor Entertainment presents the CBeebies favourite on stage in Bing Live! First London dates at Greenwich Theatre on 17 & 18 October As part of a Major Premiere UK Tour – Bing Goes to the Theatre Calling all “Bingsters”! Bing and his friends are on tour in the first ever Bing stage show!  Bing Live! premiered at the Alban Arena in June to critical and public acclaim and will play its first London dates at Greenwich Theatre on Wednesday 17 and Thursday 18 October. www.bingliveshow.com 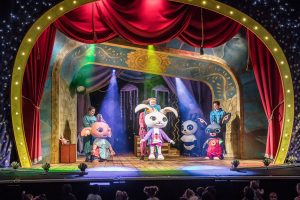