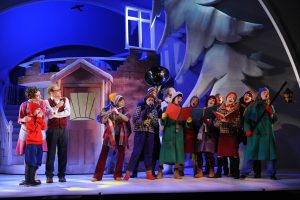 “Walking in The Air”

Christmas just wouldn’t be Christmas without a trip to see The Snowman! Now in its 20th hit year. The show, based on Raymond Briggs’ classic book, has transported a generation of children and their families into a wintery wonderland of a boy and his snowman. 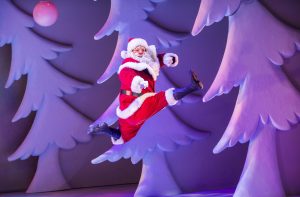 When the snowman magically comes to life, the two set off on a starry-skied adventure to the North Pole, where they meet dancing penguins, Ice Princess, Jack Frost and Father Christmas.

Twinkling with festive spirit, this heart-warming mix of wonderful dancing, storytelling, spectacle, enchanting sets, and live music – including the beautiful ‘Walking in the Air’ – performed by an orchestra, is the perfect Christmas treat for all the family. 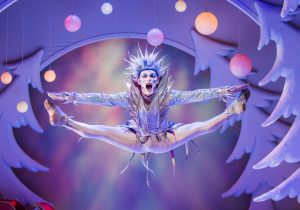 Twinkling with festive spirit The Show is now celebrating 20 consecutive years on the stage. Based upon the book by Raymond Briggs and the film directed by Dianne Jackson and produced by John Coates which has transported a generation of children and their families into the wintery world of a boy and his magical snowman.

With music and lyrics by Howard Blake, including Walking in the Air, design by Ruari Murchison, lighting by Tim Mitchell, virtuoso choreography by Robert North and direction by Bill Alexander. A magical mix of exquisite dancing, storytelling, splendid sets and music performed by a live orchestra.

It is worth booking early for this wonderful show an annual Christmas treat for all the family. ‘Walking in the Air’ part of the great music and dance. It really is not to be missed.