Researchers from The University of Exeter has recently launched its two-year project in collaboration with University of Portsmouth unveiling never seen before trans history in order to educate Brits on a whole new type of human history.

The University of Exeter today reveals their Top 10 Most Important Trans Facts that every Brit needs to know, alongside teachers when trying to educate students on diversity and minority groups. 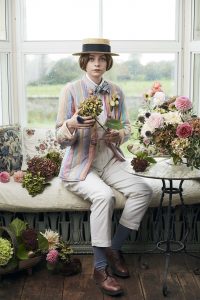 The Top 10 Facts include:

All of these facts can be found in Adventures in Gender and Time podcast that has recently launched to unveil the importance in trans history. The podcast can be found:  http://adventuresintimeandgender.org/  https://adventures-in-time-and-gender.simplecast.com/

For more helping gender-diverse kids, young people and their families since 1995  see www.mermaidsuk.org.uk/

Photo credit: Suitcase: They Them Studio