Methane bubbles are set alight to make fireballs, hydrogen balloons explode and rockets are fired into the audience. Stand back and cover your ears – theatre just got dangerously exciting! Two futuristic science students race against time to prove their knowledge of energy. With help from the incredible virtual lab assistant, i-nstein, and a steampunk workshop full of gadgets and chemicals, they explore, experiment and explode anything and everything they can find, live on stage. Produced by the world famous Science Museum in London. Suitable for everyone aged 7+.

30 July – 2 August | 8pm The Queen’s Theatre Hornchurch Community Musical 2014  An awe-inspiring new musical drama commemorating the First World War centenary as it tells the amazing story of valiant pilot William Leefe Robinson, based at Suttons Farm Airfield in Hornchurch. London 1916. German Zeppelins are dropping bombs on innocent targets. After an 18-month campaign which devastates London, Robinson emerges a hero – the first British pilot to shoot down a German airship over Britain. Winning the Victoria Cross, his life changes forever  Starring more than 60 people from the local community, the bi-annual Queen’s Community Musical is a wonderful opportunity to involve people in the life of their local theatre. 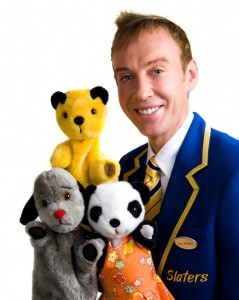 Thu 21 August | 1.30pm | 4.30pm Fri 22 August | 10.30am | 1.30pm | 4.30pm   Izzy Wizzy lets get busy – It’s The Sooty Show!                          Joining the nation’s favourite bear will be Sweep, Soo and Sooty‘s TV Partner Richard Cadell – who will be attempting to keep Sooty from getting up to mischief! It’s Sooty’s Birthday party and things aren’t going to plan. Sooty and Sweep get messy baking the Birthday cake and will Soo ever decide which dress to wear? Special party guests include legendary Sooty favourites Butch the bulldog and Ramsbottom the snake. There’s also a chance to meet Richard and Sooty after the show!

FAMILY SHOWS IN OUR COMFY FOYER

Story Play – The Cat in the Hat  Sat 28 June | 10am | 45 minutes | ages 5 – 7 | £5 (adult ticket not required)  Kids will love this interactive storytelling workshop bursting with fun and games based on the popular children’s book.

Creative and fun workshops led by a professional drama tutor leading towards a showcase for family and friends.

Join us for a fun week of drama, games and craft where you will create your own play in a week.

Work with a director and a musical director to create a musical and perform it on stage. Join us for an acting, singing and dancing extravaganza!

Two hours of fun sticking, gluing and making your very own creatures.