On our recent trip to the New Forest, www.thenewforest.co.uk, in Hampshire, staying at Green Hill Farm Holiday Village,

we took the dogs. It is  brilliant and natural that the dogs love it there too. We did want to be careful about wildlife with the deer, but especially ponies and donkeys roaming free everywhere. We really enjoy the walks.

Small dogs may be restricted to distance they can walk/run, but we found cyclexperience BROCKENHURST, www.cyclex.co.uk, where we could rent bikes with a carrier to tow for the dogs. New Forest Bike Hire is based at the train station, so you can get there by train, bus or car. They are so friendly as they set up the bikes with the trailer, which is an enclosed see-through and net unit on a small trailer, attached to back axle of the bike. They have similar ones for small children too. Our two Cavalier Spaniels fitted into one, and settled quickly. The bikes were obviously quality  (Raleigh) and well maintained. The staff supplied maps and suggested routes, and also indicated the App for the phone under “New Forest Cycling”. Lots of others were cycling without dogs.

We set off following the signs out of the village, then into the moorland of the New Forest. There were a couple of roads to cross on the way, but mostly paths and access roads with odd delivery van. We soon warmed up and pedalled to get to the wide vista. When we found an area with no ponies or donkeys we stopped to let the dogs have a walk, and we explored. www.thenewforest.co.uk/things-to-do/cycling. 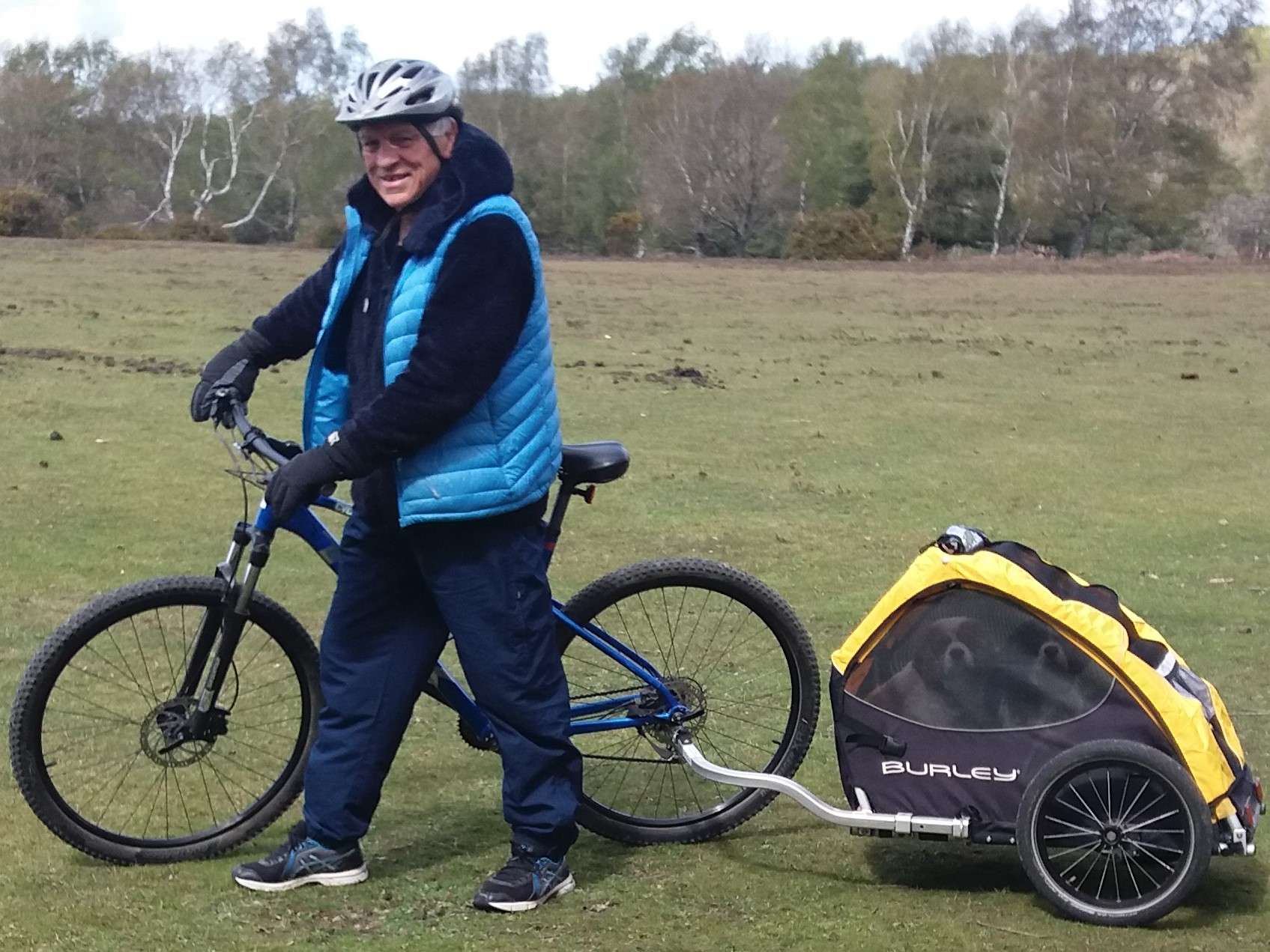 The route we were following was “Ornamental Woods Cycle Map”, with plenty of numbers signposts. The bikes were great. Soon worked out the gears, and the trailer was no problem in steering nor pulling. There were alternate routes including one to a pub, and in fact there are a couple more on the map. Plenty of animals to see, and of course lots of fresh air.