The Beast Quest vanquishes the beasts unleashed throughout the palace in this brand new immersive family experience  20 – 28 October 2018 www.hrp.org.uk/hampton-court-palace/#gs.9nVPsl8 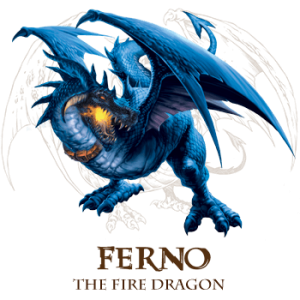 The evil Malvel cast a spell over the palace, bringing the fantasy Beast Quest world to life. Defeat the Beasts! There’s a phoenix on the roof of the Great Watching Chamber, and the Royal Lion in the Chapel Court Garden. Families make a ‘team’ and complete tasks, putting bravery, quick-thinking and new-found skills to the test.

Meet the heroes from the magical Beast Quest series, Tom and Elena, at the starting portal in Hampton Court’s Tudor palace. They’ll explain how Malvel brought the beasts to life and is trying to break through the portal between our world and Avantia. Use the ‘Quester’s Codex’ to navigate the different challenges, and expect twists and turns around every corner…

A real-life Beast Quest right through Hampton Court Palace, from the 500-year-old Tudor apartments, to the elegant and 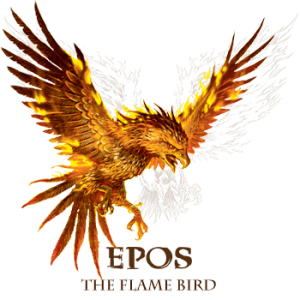 colourful interiors of the Baroque palace. Head to Henry VIII’s Kitchens, where cooks prepare the mysterious cockentrice for roasting on the fire. Discover the dragon that lurks in the darkness of the palace’s wine cellar! Teams encounter a multitude of characters from the palace’s past. They can aid intrepid Beast Questers-in-training to break Malvel’s spell. As families race from room to room, they stumble across Jane Seymour’s wet nurse, meet Sir Isaac Newton, and talk to Sir Christopher Wren. Finally, they come face to face with Malvel himself, and use the tools and knowledge collected along the way to defeat him once and for all! All plucky participants also go home with a hard-earned Beast Quest reward!

Once you complete the quest in the palace, head to the Magic Garden to meet even more mythical beasts, including Hampton Court Palaces’ very own fire-breathing dragon! The imaginative play garden is located on the site of Henry VIII’s former jousting tiltyard. Little ones may besiege the battlements and storm the Tiltyard Towers. Especially for Halloween, there’ll even be Beast Quest-themed carved pumpkins to greet every visitor.

The Beast Quest experience is suitable for all the family and takes around 1 hour and 15 minutes to complete. The experience runs daily 20 – 28 October 2018 and is included in palace admission.