Warm up with Up at The O2 this October half term

– New: hot chocolate climbs as you watch the sunset – Up at The O2, an exhilarating 90-minute climbing expedition to the peak of the world’s number one music and entertainment venue, will be offering a special treat to those embarking on a Sunset Climb during half term.

For a limited time only, between 23rd-27th October, urban mountaineers looking for action will be rewarded with a complimentary hot chocolate upon reaching the viewing platform, which sits 52m high.  http://www.theo2.co.uk/upattheo2 and book a Sunset Climb this half term. adults and children as young as 9 years old. To avoid disappointment, advance bookings are suggested.

Halloween screams and festive fun for the whole family at Eltham Palace this winter. October half term Horrors Creepy crafts await at eerie Eltham Palace. Show off your spooktacular costumes and frighten our fearless staff in our costume competition – a perfect day out for the family this Shocktober half term! Pumpkin carving sessions – what face will you create? (Pumpkin carving limited availability at an extra cost £4 – first come first served, no booking available) http://www.english-heritage.org.uk/eltham 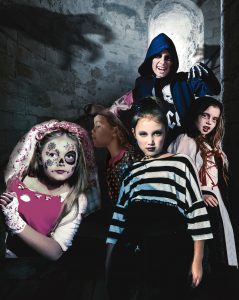 Paddington’s half term Sat 21 – Sun 29 Oct, 11am-4pm Expect daily activities inspired by London’s favourite bear and his upcoming film, Paddington 2, released on 10 November. Keep an eye on our website to find out about special guests, exclusive competitions and highlight events. To coincide with the release of Paddington 2, you can also visit a small display celebrating the well-mannered bear and including original costumes and props from the new film. In partnership with STUDIOCANAL.  Suggested ages: 5+FREE, drop-in

Night Owls Halloween sleepover Fri 27 Oct, 6pm What happens in the museum once the doors close for the night? Trick-or-treat your way around the galleries, solve a spooky crime by torchlight with the help of a mysterious character and help us tell some ghostly tales from Victorian London. Bed down in the museum galleries, before a bright and early light breakfast and a family friendly film in the morning. Suggested ages: 7-11 £60 per person www.museumoflondon.org.uk

21st – 29th October 2017  While everyone else goes dark and spooky this Halloween at DreamWorks Tours: Shrek’s Adventure! London we’re going rainbow colours! This October we’re bringing back by popular demand DreamWorks Animations’ Trolls – Poppy and Branch to treat you to a ‘Hair-raising Halloween!’

London are invited to join in the Trolls Trail… and track down these colourful creatures. They may be lurking in the swamp or down Drury Lane… Their hair-raising styles might give you clue.  Alongside the ‘Hair-raising Halloween party’ guests will also enjoy a madcap adventure where amazing animation, a magical 4-D bus ride, captivating story-telling and a good dose of Donkey’s cheekiness awaits. Pre-booking is essential for the Half Term holiday period.  https://www.shreksadventure.com/london/ 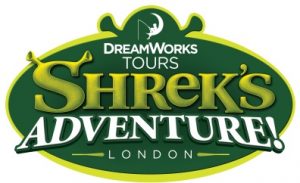 From gruesome ghost tours to spooky sleepovers, Historic Royal Palaces has something for everyone this Halloween.

Scare yourself silly this Halloween at Historic Royal Palaces, with a variety of themed events at Hampton Court Palace and the Tower of London. Not for the faint-hearted, visitors will be transported back in time to learn about the historic venues’ grisly pasts and uncover some of their most thrilling mysteries after dark.

At Hampton Court Palace, a spooky sleepover like no other offers the chance to tour the palace after hours before bedding down in the historic Cartoon Gallery. Titled ‘Dusk ‘til Dawn: Beware the Witching Hour’, this one-off event on 28 October will catapult plucky participants back to the early 17th century, and promises an immersive foray into the dark past of witchcraft and sorcery.

From 30 October – 1 November, the palace’s stunning gardens will also provide the perfect moonlit backdrop for the Luna Cinema’s showing of creepy classics The Silence of the Lambs, Beetlejuice and Harry Potter and the Prisoner of Azkaban. For those who dare to brave the palace after dark, the night of Halloween will see a Special Late Night Ghost Tour take in some of the palace’s most ghoulish locations, complete with suitably spine-tingling commentary. Attendees will be able to hear chilling tales such as the Tudor royal nurse whose spirit is said to stalk her former apartments, or the mysterious figure ‘Skeletor’ caught on CCTV in the palace in the dead of night. From Halloween, the palace will continue to run its regular ghost tours on selected dates between November and January, along with the fun for all ages family ghost tour, including discovering Hampton Court’s own species of spider!

Meanwhile, the Tower of London has its own Twilight Tours on selected Sundays between November and April, with Yeoman Warders leading an atmospheric tour after dark, taking in Traitor’s Gate and the Bloody Tower. Visitors will be appalled and amazed by the tales of prisoners and past residents and the secrets kept within these ancient walls.  Over its thousand-year history the Tower has been host to many significant events such as the alleged murder of the two boy princes, the execution of Tudor queens, the torture of traitors and countless stories of ghostly apparitions, making this a truly unforgettable tour for those that dare.

Alongside the Twilight Tours, the popular Drawn at the Tower with Art Macabre will return on 30 October for a Halloween special, ‘Women and Witchcraft’, inviting those of all artistic abilities to use drawing to explore stories from the Tower’s remarkable history. Budding artists will have the chance to explore the dark arts through the themes of women, politics and religion, drawing inspiration from the 16th century woodcut illustrations depicting witch rituals, all set within the Tower’s atmospheric interiors. 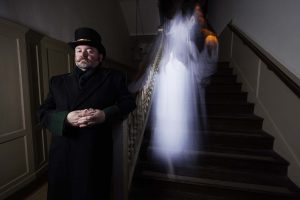