The 30th anniversary of Roald Dahl’s Matilda and the release of a new special edition book today October 4th, eBay.co.uk has revealed that when it comes to Roald Dahl classics – Matilda is still at the top of the class – with her magic touch. 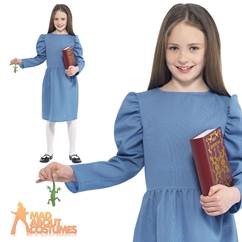 Celebrating the anniversary with a Roald Dahl character ranking, in the last three months, the online marketplace has seen nearly three ‘Matilda’ related items sold per hour in the lead up to the occasion, proving that the notorious book worm is a literary favourite herself.[1] The ranking reveals other classics, including Willy Wonka and the BFG coming in second and third place – despite their movie remakes hitting the silver screens in recent years.

Charlotte and Lydia, Co-Founders at Head Over Heels say; “We always see an increase in sales of our Matilda merchandise on eBay.co.uk around key anniversaries, as schools and parents celebrate Roald Dahl and children ask to dress as their favourite character. Currently, World Book Day is our busiest time of year, with a 17% Y-O-Y increase in sales, however we are looking forward to Matilda’s anniversary this week – and to celebrate have now got her complete outfit available – making it even easier to get the look!”

With more than 21,000 current listings for Roald Dahl currently on site, look no further than eBay.co.uk for all your literary favourites.[4]

Christmas Be My Bear