SOS Your Skin
Try a Drink with Benefits

After their daughter went undiagnosed for over a decade, Kitty and Daniel Nabarro knew they had to help others with identifying and working with kids’ mental health issues. They set up Nip in the Bud  to provide resources for other parents, educators and carers. Six years in, there’s more need for their services than ever. 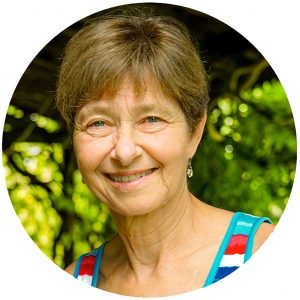 “It was actually my husband Daniel’s idea,” explains Kitty Nabarro, co-founder and Trustee of Nip in the Bud children’s mental health charity. Kitty is a teacher by profession, having taught Modern Languages for many years, so she’s well-placed to advise on education. Daniel, meanwhile, has a history of generating innovative and successful business ideas. He worked in telecommunications research and volunteered at the Samaritans. He subsequently set up several entrepreneurial operations including Figleaves.com, the online lingerie site he sold in 2010.

They both believe that if parents or teachers were better equipped to spot the symptoms in children and intervene early on, they would be treated sooner and have far better outcomes in the long-term.

But Nip in the Bud is more than a philanthropic venture for this hardworking couple. After their daughter was diagnosed with Obsessive Compulsive Disorder (OCD) a number of years ago having first displayed symptoms at the age of eight, Daniel and Kitty became involved in mental health and Daniel was appointed as chair of OCD Action, the largest UK charity focusing on the condition. 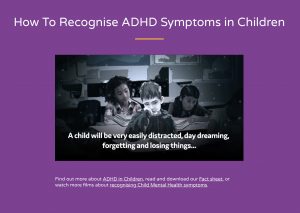 “We were shocked to discover the lack of information out there. We didn’t know what OCD was back then. We knew she washed her hands a lot, but we had no idea the extent of her behaviour and worries or the fact that she would shower up to six times a day.”  Their daughter used to hide her behaviours too, often engaging in repeated hand washing between lessons at school, so her classmates weren’t aware of the problem. She would express worries and concerns about a multitude of issues, from obsessing about her health to fearing she would infect others with a disease or cause harm to her peers and classmates.

One of the biggest challenges with child mental health conditions is that children don’t necessarily have the understanding of their behaviours or the words to articulate them to their parents and carers. Young people may be embarrassed and worry about parents’ or peers’ reactions if they tell them about their thoughts, fears and behaviours. As a result, many children hide their condition and go untreated for years.

Kitty works alongside a board of Trustees that includes a mix of mental health professionals, business professionals and a film producer. The Trustees work together to create powerful short films focused on educating people about the causes and symptoms of common child mental health conditions and, critically, where to seek help. Their films also show the reality for families in which a child suffers from a mental health condition and the impact on their daily lives.

More recently, the charity has turned its attention to teachers: providing resources and presentations aimed at helping teachers spot the signs of child mental health conditions.

She explains that, “teachers often have to deal with behavioural issues or disruptive individuals in their classes. It’s so important that they understand if these issues are linked to a mental health condition, how to respond to them and when to seek help. Early intervention is key.”

It doesn’t end there. Kitty explains that her ultimate measure of success is to effect change in the education system, with a bigger focus on emotional wellbeing in pupils by teaching children how to understand and manage their emotions without fear or judgement and hopefully reducing the prevalence of mental health conditions.

“I want children who have a mental health condition to know that they’re not ‘weird’. In fact, quite the opposite – they are brave, strong and can achieve whatever they want. I am immensely proud of our daughter for overcoming so much and managing to live a successful and happy life despite her condition. She motivates us”.