Forget honey and lemon – try some MOSS: Plant ‘helps to reduce pain and stop germs multiplying – without the dangers of paracetamol’ 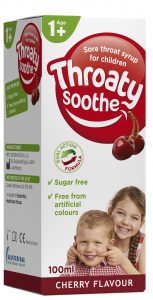 From honey and lemon to gargling salt water, there are many natural remedies we use to soothe a sore throat. Now, research suggests there could be a new remedy to ease your pain and rasping voice – moss. Specifically, it is Icelandic moss, which is similar to the plant that grows throughout Europe, that has such benefits. Also known as Cetraria islandica, it is rich in many minerals – calcium, iodine, potassium, phosphorus – and various vitamins. Crucially, all of these have soothing and protective properties for the throat’s mucous membrane – the ‘squishy’ lining of the mouth and throat. Icelandic Moss also contains mucilage – a thick, sticky substance that helps to soothe by coating a sore throat.

Studies show that its effects are even greater when combined with another natural ingredient used to treat sore throats and dry coughs – mallow. Also known as Althaea officinalis, this plant’s leaves and flowers also contain mucilage, which coat the tissues lining the mouth and throat like a balm. Research has also found Mallow’s root extract can also significantly reduce the frequency and intensity of a cough – as much as the medicine codeine.

In fact, so effective are mallow’s medical properties, it is listed in the World Health Organisation’s Monographs on Selected Medicinal Plants – the official ‘bible’ when it comes to the health benefits of various plants. Of adults and children with a sore throat and/or laryngitis who took a combination of Icelandic Moss and mallow in lozenge form, 86 per cent reported a benefit, according to the World Health Organisation’s monograph of the plant.

In a clinical study, published in the Journal of Pharmacology and Therapy, 61 patients with a sore throat were followed – and scientists found that mallow and Icelandic Moss helped coat the delicate mucous membranes in the throat. At the start of the trial, only 12 per cent had an intact (i.e. healthy) throat lining – but after five days of the lozenges this had risen to 71 per cent.

Throaty Soothe is available from independent pharmacies and independent healthfood stores as well as from Amazon.

Back to School Bugs and How to Avoid Them