It is very common for pregnant women to suffer from at least some degree of urinary incontinence. This suffering can range from mild discomfort to being a severe issue. The problem can develop at varying points during the pregnancy and after giving birth – sometimes months later. 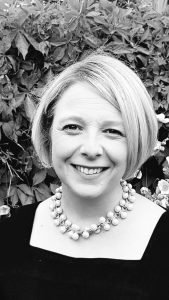 Urinary incontinence is caused by the pelvic floor muscles weakening – which often happens during childbirth. It’s a very common issue, but some women are more susceptible to it, including women who:

How long will it last?

It depends – for some mothers, urinary incontinence can stop completely or become much more infrequent within a few weeks after giving birth, but for others, it can last for weeks, months – or even years.

Many women get the issue under control, but then have it return later in their lives, sometimes becoming a problem again during the menopause.

There are a few simple things that can be done to keep your urinary incontinence under control:

Kegel exercises are designed to strengthen pelvic floor muscles, which can often become weaker after giving birth. Most women will have to do them regularly and make them into a lifelong habit in order to keep the condition under control.

If you are worried about the issue – it might be an idea to wear a sanitary pad while you’re out to prevent urine leaking onto your clothes. This is can be a temporary tactic to give you peace of mind, while you’re finding other techniques to help.

There is some evidence to show consuming less caffeine can help with the issue of urinary incontinence. Try to keep track of your alcohol and caffeine intake to monitor what you’re consuming and how bad the problem is at the time. If you find they are correlated, try and limit your caffeine and alcohol intake and see if it helps.

If you feel a sneeze or a cough coming on, try tightening your pelvic muscles and crossing your legs. It’s a small action that can begin to help you regain some control over your bladder.

Seek medical guidance if you find that urinary incontinence is becoming an issue for you. There are lots of techniques, products, and even surgery available to help you out. It’s a very common problem for women who’ve had children – and doesn’t have to be an issue for your whole life.

Advice given by Dr Elizabeth Kershaw-Yates, GP and one of the medical team at The Online Clinic

Maintaining energy levels after your pregnancy

A doctor’s guide to keeping positive as the clocks change

Returning to work with confidence